Kpop Profile
Sabtu, 23 Juni 2018
Facebook Twitter Telegram
[ 📥 DOWNLOAD DISINI ]
Profile And Biodata Kang Daniel Wanna One Complete With New Photos and Religion - Hi, how are you all? On this occasion I admin blog will write an article about biodata one member of the handsome people On Boy Band korean. His name is Kang Daniel, He is one member of Wanna One Boy band Group.

Wanna One is a Boy Band Group starring by handsome men. This Boy band is from south korea. Boy Band First formed in 2017 by CJ E & M continues to catapult its name in world music production. especially in the country of Indonesia, the name of this one boy band is very pamiliar. The boy band consists of 11 members, their names are Park Ji-hoon, Lee Dae-hwi, Kang Daniel, Lai Kuan-lin, Kim Jae-hwan, Ong Seong-wu, Park Woo-jin, Yoon Jiung, Hwang Min-hyun, Bae Jin-young and Ha Sung-woon. 11 members of the member has a handsome face. However, on this occasion, I will write Biodata member of a member named Kang Daniel.

Kang Daniel Born in South Korea precisely in the Busan area on December 10, 1996, his real name or birth name is actually not Kang Daniel, but Kang Euigeon. However, Due to Difficult reasons in the pronunciation of the name, he officially changed his name to Kang Daniel, Until the name continues to rise and Popular to date.

Kang Daniel is the only child in his family, he lives with his mother after Kang Daniel's parents are separated. In addition to good at singing and dance in Boy band Wanna One, it turns out kang Daniel is also very good at playing SkateBoard. In his life, he is very dislike with insects, not knowing why he does not like the animals.

Kang Daniel is a singer who takes shelter under the care of MMO Entertainment. after he finished 1st on Produce 101 Season 2 his name became widely known. he had studied in Canada. He does not just have friends In Boyband Wanna One alone, it is because because kang Daniel befriended Daehyun who is a member of Boyband Group B.A.P, they have been a force in the same dance academy in the Region of Busan.

Kang Daniel was ranked first when ending PD101 with a total of 1,578,837 votes. and after that he was given a central position in Wanna One. his handsome face made many women love him. however, Kang Daniel has a unique habit, that he likes to snore while sleeping.

True when he was little himself he lived in a bitter environment after the business that is managed by his father slumped. Kang Daniel even once lived in a smelly and narrow environment. he more often tells the mother's figure than the figure of the father. this is because Kang daniel since childhood grow and treated by the mother.

His success at this time he can with a very hard effort and really really. this is because since he was sitting in elementary school, he was often taunted by his friends because kang Daniel has a fat body and a narrow face. ridicule and olokan he made the motivation to rise and succeed until now.

Kang Daniel's achievements in the dance world stand out from the time he sits in junior high school. at that time he had won the B-Boy competition in the area where he was born that is Busan South Korea. his talent in singing him though when he was growing up and then directed by the mother to get his wish accomplished. during coaching his vocals, Kang Daniel accustomed to Push Up up to 100 times per day.
As I write in the title of the article above, this time I will write biodata and Profile kang Daniel Wanna One complete with religion, recent photo, height, and origin of kang daniel complete with real Instagram (IG) account. 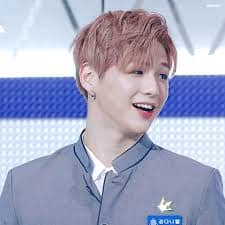 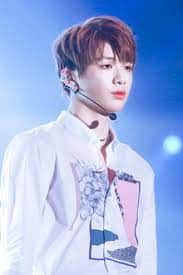 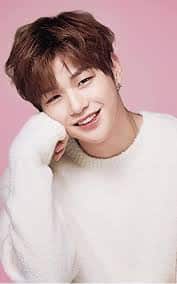 Complete Already I can say in the post entitled "Profile And Biography Kang Daniel Wanna One Complete". apologize if there is a word error in writing and speech. Thank you for reading this article. See you in the next post.
Tags : biodata wanna one, All Members Wanna One Biography, Biodata Kang Daniel Complete With Religion, Instagram Account, and Latest Photos.
[ 📥 DOWNLOAD DISINI ]
Facebook Twitter Telegram